Multitasking and The Keys to Effective Video Filming, With The Founder of Artistic Initiative Agency

“They hire me to fire them.” 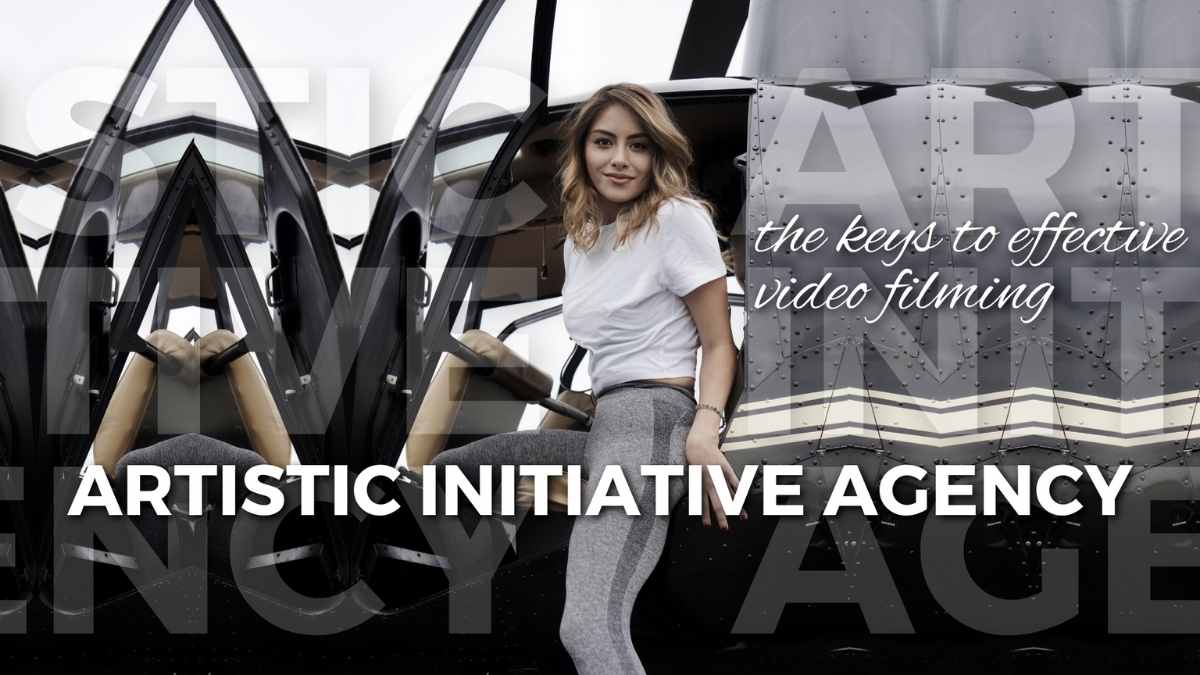 To this day, the founder of Artistic Initiative Agency, one of the world’s fastest-growing social marketing agencies, recalls a trip to New York City to film a client as one of the most challenging filming days in his entire career.

The founder remembers vividly the stress of walking down the congested streets of Manhattan, avoiding bumping into other pedestrians, with the asphyxiating noise of traffic, the frequent honking of taxis, and the never-ending road constructions, all while maintaining the camera focused on the client.

“I was in New York filming this client for eight hours,” narrated the founder of Artistic Initiative during a recent interview. “It was exhausting because you’re not only eight hours straight walking the streets of New York, but you’re watching your environment, holding the camera steady, zooming in at the right time, watching the memory card, watching the battery; that’s a lot of multitasking.”

Thanks to this innovative proposal, Artistic Initiative experienced a period of explosive growth during 2021, surpassing its own revenue projections by an astounding 1,000% and opening two new offices in Atlanta, GA, and Houston, TX.

The founder acknowledges that translating the vlogging style of filming characteristic of YouTube videos into social media marketing has been a challenge for him and his company. When working with prominent corporate clients, there is little room for error. Thus, knowing how to prepare for a filming day and mastering the art of multitasking is critical for obtaining the perfect footage.

In a recent interview, the founder of Artistic Initiative sat to discuss the importance of multitasking in filming and shared some tips on preparing for a film day. The founder accepted being interviewed for this article with the sole condition that his identity remained anonymous.

Walking down a street while maintaining a camera steady is a true acrobatic maneuver. Anyone who has attempted to take a picture while walking and saw how blurry and shaky the end result was can give testimony of this.

Over the years, the founder has realized that the most critical skill in filming is multitasking.

“Multitasking is one thing that I know I’m great at; I’ve learned it throughout my career,” said the founder. “If you saw my laptop, you could see how many tabs I have open at once.”

Checking the battery life, interacting with clients, focusing the camera lens, and being aware of your surroundings are just a few of the factors that come into play on a filming day. The spontaneity of vlogging style filming adds an extra layer of difficulty to this already complex process.

The founder elaborates that hours of practice are the only way creators can polish their filming techniques.

“People underestimate how difficult it is to film and focus on your environment and multiple other little details at the same time,” said the founder. “It all comes down to practicing and getting comfortable with multitasking.”

The preparation prior to a filming day is equally vital for obtaining the best quality footage. The founder advises other creatives to pay attention to the tiny little details and ensure their equipment is properly tuned up ahead of any filming day.

Designing a clear goal and game plan prior to filming will facilitate the work. As the founder explains, having a complete mental picture of the final video, from the intro and the B-roll to the outro, will reduce the cognitive load of multitasking, so one can focus on capturing the essence of the video.

The founder admits having gone into a filming day without any prior preparation in the past. However, this unpreparedness only created unnecessary stress.

“Back in the day, there were instances that we went to a filming day completely freehanded,” said the founder. “This is not an ideal case because it’s stressful when you don’t know what you are doing. You might run it smoothly sometimes, but most of the time, it only compounds the multitasking.”

The founder encourages young creatives to strategize and practice multitasking in order to refine their filming techniques.

Today, Artistic Initiative Agency is developing its own consulting program, Artistic Initiative University. Through this consulting course, the founder and his team aspire to teach other creatives and entrepreneurs the technical aspects of establishing a social media marketing company, from filming and video editing to press and graphic design.

In 2022, as the Artistic Initiative team prepares to surpass their previous year’s performance, the founder also desires to consolidate his company’s consulting branch and empower the next generation of creatives.

By Juan Sebastian Restrepo, In association with Artistic Initiative Agency