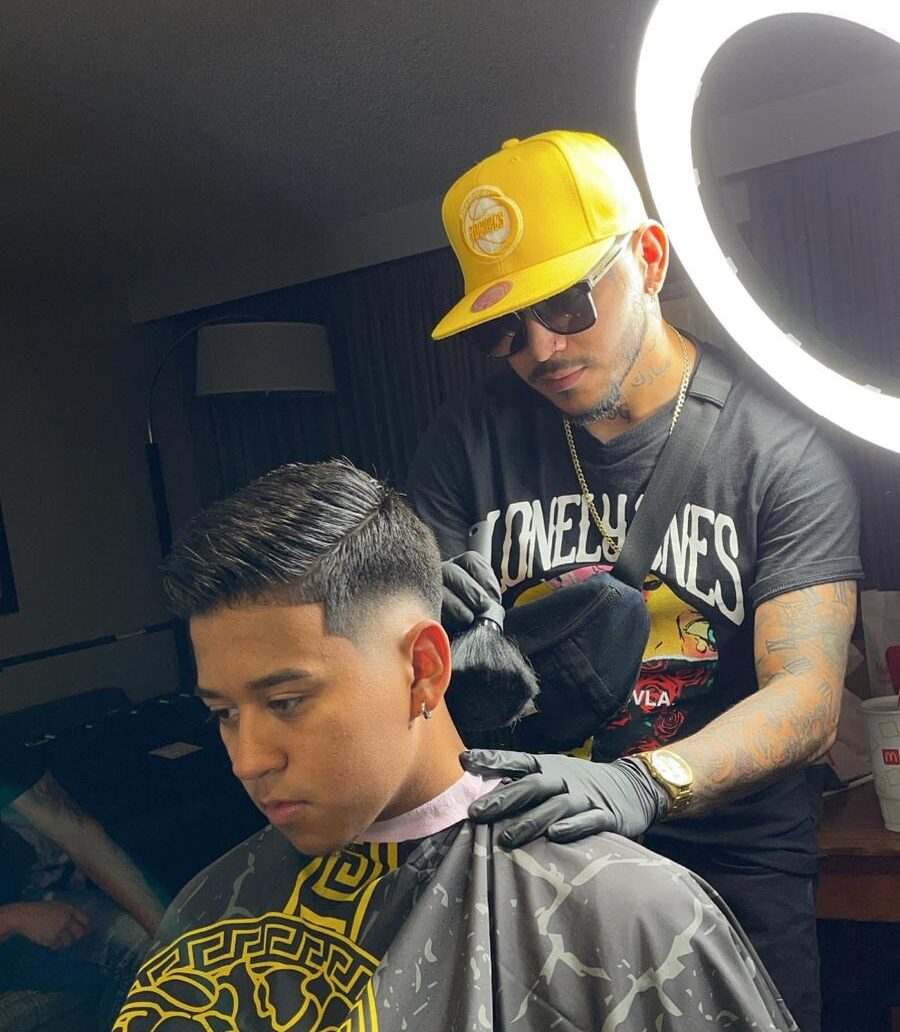 Anuar Castejón, also known as OG BARBER, is a celebrity barber from Honduras who has emigrated to the United States, where he currently resides and practices his profession. Despite facing difficult circumstances in his life, Anuar luck changed when he arrived in the United States, and he is now a legal citizen.

He began his career as a barber at the age of 17 and was motivated to chase his dreams by the arrival of his son Brysen. Since then, Anuar has worked hard to achieve all of his goals. In a short amount of time, he announced the opening date of his new barber shop, OG BARBER, which he has worked very hard to establish.

Anuar feels blessed for all of the good things that are happening in his life, but he doesn’t forget his roots or his first steps in the world of barbering, including his early jobs as a dishwasher and car washer. However, thanks to his perseverance, he never gave up and continued to pursue his dreams and goals. He has had the opportunity to work with great artists such as Grupo Firme, Marca MP, and Eslabón Armado.

Anuar’s long-term vision is to continue working hard to solidify his name in the barbering industry in his city.

He knows that to achieve this goal, he must continue to work hard as this industry demands constant development and learning in order to excel in this practice, as well as the ability to creatively implement what he has learned over the years. He also has a website, elogbarber.com, where you can see some of his work and observe the technique and quality of his work. He has a profile on the social media platform. @elogbarber