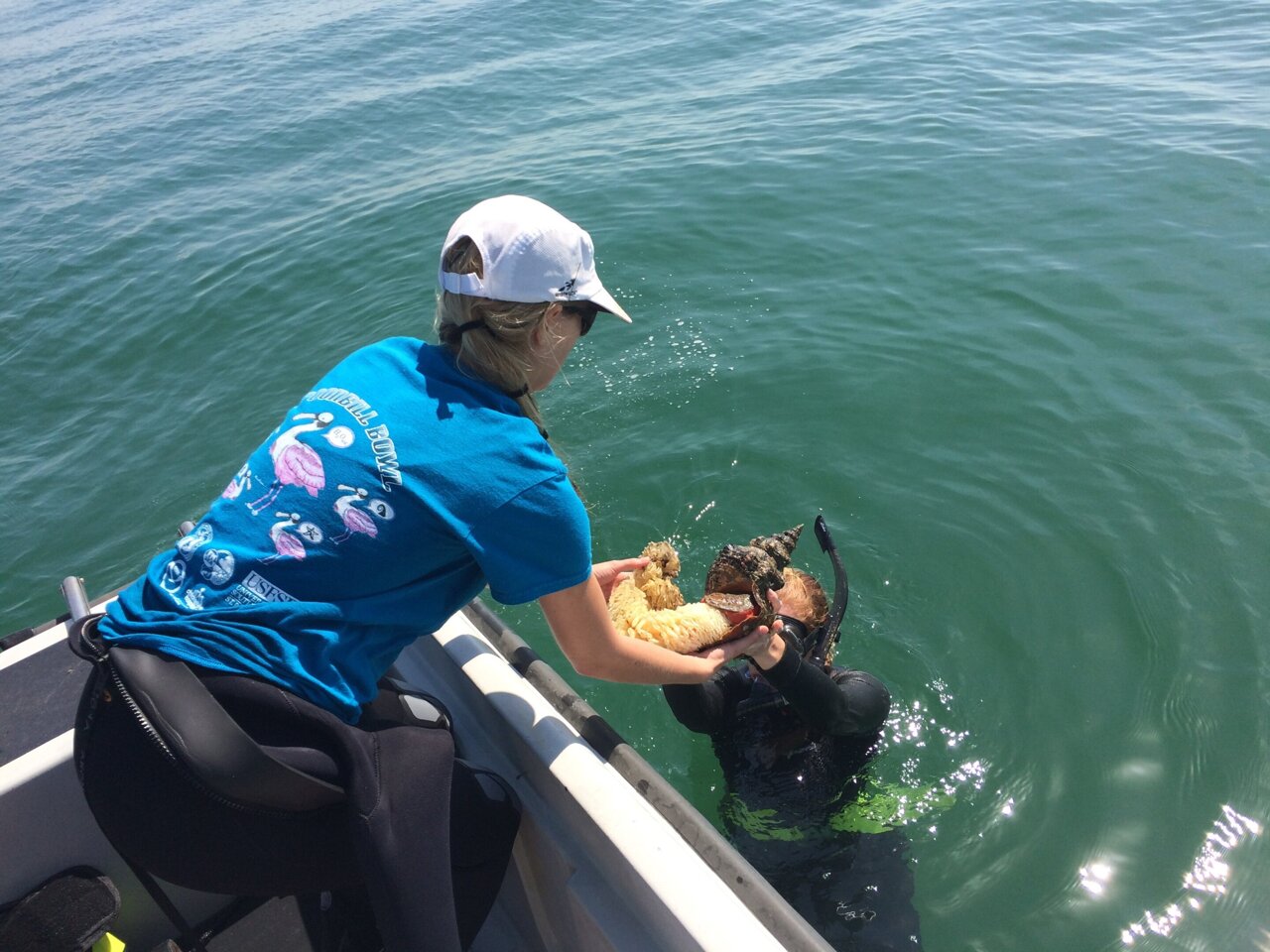 The Florida horse conch population — one of the world’s largest invertebrate animals — is shrinking. Established in 1969 as the Florida state shell with a record length of two feet, it has become symbolic of Florida’s natural resources and widely used in advertising for the state’s tourism industry. But unregulated commercial harvesting and recreational live collection are pushing populations closer to collapse.

According to a study led by the University of South Florida, the average lifespan of a Florida horse conch is between eight and 10 years, and it doesn’t start reproducing until about age six, giving birth to up to 28,000 offspring each year. This is a dramatic shift from previous belief that a horse conch could live for half a century — meaning far fewer offspring are born to replace those removed as a result of harvest or natural causes.

The interdisciplinary research team, which includes the Florida Fish and Wildlife Conservation Commission (FWC) and current and former USF graduate students, also found that the largest Florida horse conch is no more than 16 years old. The two-foot shell is on display at the Bailey-Matthews National Shell Museum in Sanibel. The team’s results, published in PLOS ONE, were based on analyses of museum specimens, reducing harm to an already fragile population if they removed shells from the wild.

To estimate horse conch ages, researchers analyzed chemical bands in the shell, which track water temperature as the snail grows and can be counted like tree rings to measure the passage of time. Unlike tree rings, which are visible, the chemical bands can only be determined by geochemical analysis.

The team was also able to determine the horse conch’s amount of growth each year by wrapping string around each coil and then straightening and measuring the string. They found females grow rapidly each year of their lives, whereas males slow down early and mature at a much smaller size. Researchers determined that female horse conchs start laying eggs at about age six, based on spikes in shell carbon levels.

“Our research shows that horse conch reproduction is less likely to keep pace with intense harvest than previously thought,” said lead author Greg Herbert, associate professor from the USF School of Geosciences. “Horse conch populations are important. They create habitat for other species by leaving empty shells of dead prey around for fish, crabs and other animals to use as homes. They also contribute to the unique experience that we have in Florida of being able to go to the beach and seeing one of the largest seashells in the world at the water’s edge.”
Data from FWC shows that there has been a steady population decline since the mid-1990s. Commercial fishermen reported a peak count of 14,511 Florida horse conchs in 1996, followed by 6,124 in 2000, 1,461 in 2015 and just 67 in 2020.

“We still know very little about how many horse conchs exist and where their preferred habitats or what their optimal environmental conditions are,” said co-author Stephen Geiger, research scientist at the FWC. “Because we have no dedicated funding for more than 1,500 species of mollusks found in the waters that surround Florida, we continue to seek grants that enable us to study their biological traits, including those that will help managers decide if some species are in need of better protection.”

The shells that were studied were collected from the Dry Tortugas, Vaca Key, Sanibel Island and Cape Romano. Researchers say the further north you go, the smaller the Florida horse conch, possibly due to overexploited fisheries and recreational collecting.

Keep up to date with the latest news from ScienceDaily via social networks:
Tell us what you think of ScienceDaily — we welcome both positive and negative comments. Have any problems using the site? Questions?