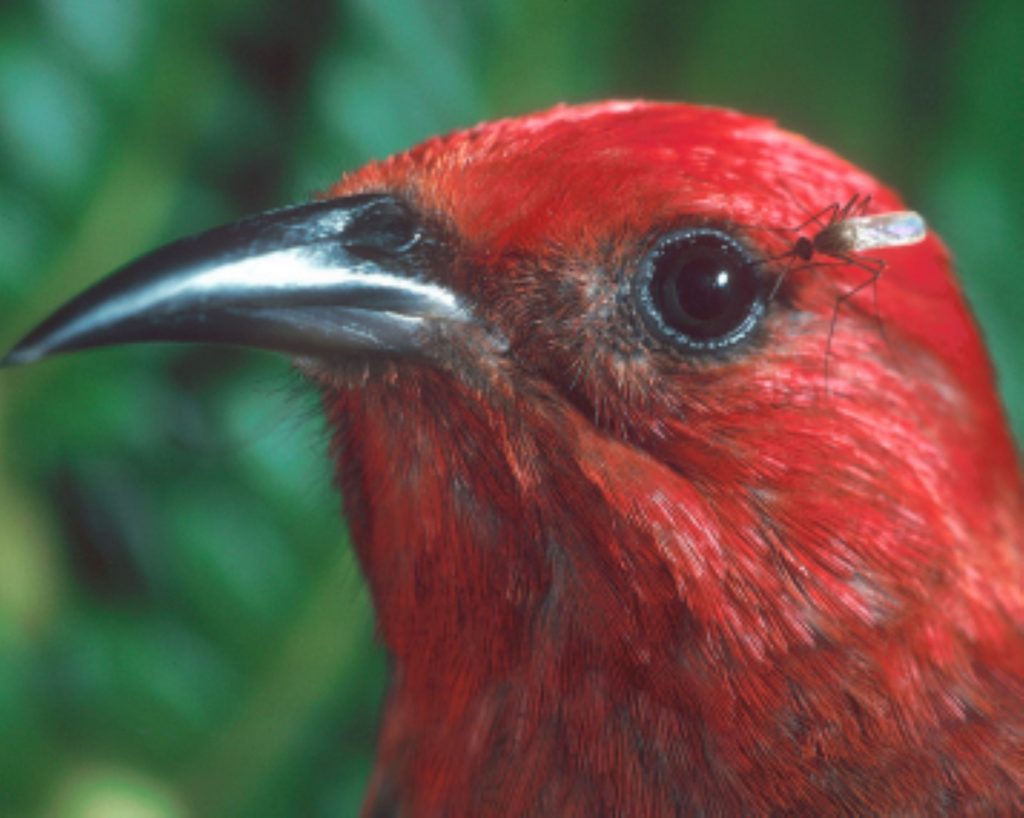 The Hawai‘i Department of Agriculture wants to use mosquito “birth control” to protect native birds throughout the islands from avian malaria and potentially save several critically endangered birds, including the ‘akeke‘e and ‘akikiki, from extinction.

The public has until Friday, Dec. 30, to comment on a request from the state to the U.S. Environmental Protection Agency for an emergency exemption from the federal Insecticide, Fungicide and Rodenticide Act to use biopesticide male mosquitoes to control the population of one mosquito species, Culex quinquefasciatus, which is a known vector for avaian malaria.

Only male Culex quinquefasciatus mosquitoes that have the bacteria strain Wolbachia pipientis would be released. Wolbachia is a naturally-occurring bacteria in Hawai‘i; however, the males proposed to be released would contain a different, or incompatible, strain than what is normally found in Culex quinquefasciatus mosquitoes throughout the state.

Male mosquitoes do not bite birds or people and therefore do not transmit disease.

Males and females must carry the same strain of Wolbachia to reproduce. Therefore, reproduction would be blocked when males with the the incompatible strain of Wolbachia mate with females that have the naturally-occurring strain found in Hawai‘i. The eggs would not be viable and not hatch, curtailing the Culex quinquefasciatus mosquito population.

The mosquitoes’ gene sequence nor that of the Wolbachia bacteria are changed or altered. The insects simply cannot reproduce. According to the Hawai‘i Department of Land and Natural Resources, this method of “birth control” has been approved by the EPA and is being used in other locations in the United States and around the globe to reduce mosquito populations and disease transmission.

A similar method has been used to control fruit flies in Hawai‘i.

The population control method also is not self-perpetuating in the wild and can be reversed by no longer releasing the males with the different strain of Wolbachia.

The state wants to treat up to 20,000 acres of state, federal and private wildlife conservation areas throughout the islands via this “birth control” method. The total number of male mosquitoes with the incompatible Wolbachia strain proposed to be released would be up to 3 million per week or 156 million per year.

Anyone who wants to comment on the proposed exemption can click here. There were 25 public comments as of Tuesday morning.

Avian malaria was introduced in Hawai‘i in the 19th century and spread by the non-native mosquito. Increased mosquito populations have significantly reduced native bird populations and according to the Department of Agriculture, the survival and recovery of the state’s few remaining native forest birds are at imminent risk.

The “birth control” technique would not impact the state’s other five mosquito species; however, it would provide researchers with additional information that could be applied to mosquito species that affect human health.

To get more information about mosquitoes, the mosquito “birth control” method and efforts to save