The Way Forward for Public Health 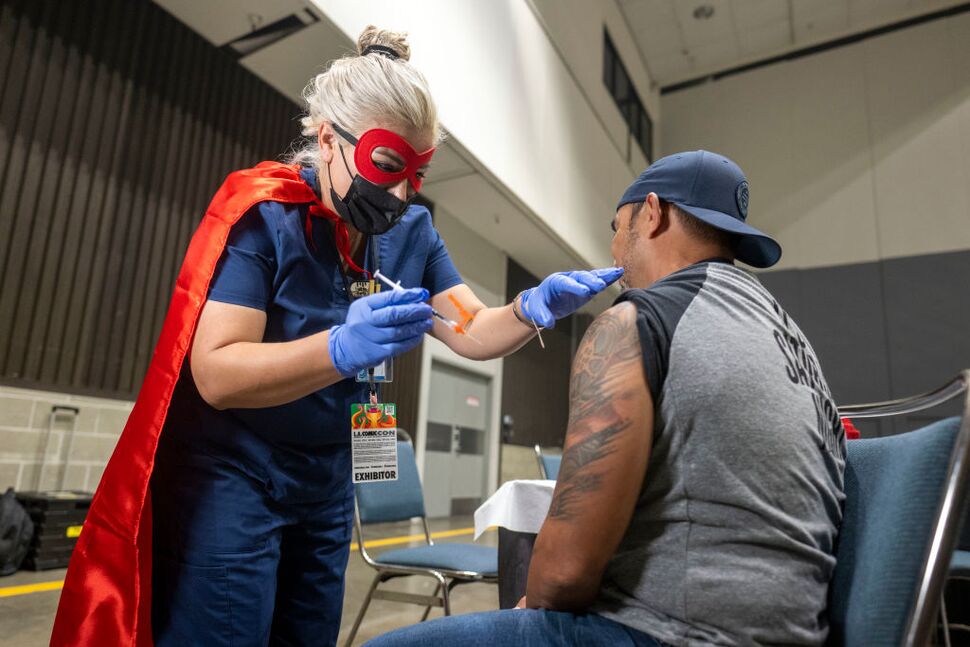 The recently concluded year was one rife with challenges but also signs of promise for the nation’s public health workforce.

Those in the field can look back on a 2022 that saw continued COVID-19 activity combined with other respiratory menaces – namely, an early resurgence of influenza and cases of RSV that have strained hospital capacity.

Meanwhile, health departments had to face additional threats typically more remote to Americans. Since the first case of mpox, formerly known as monkeypox, in the country was reported in May, nearly 30,000 people have contracted the disease and 20 have died. A recent measles outbreak in Ohio and the first known case of polio in the U.S. in nearly a decade also kept the nation’s already overburdened public health network on aler.

“This year in particular, what’s occurred in public health showed us the risks of continued threats from around the world,” says Lori Freeman, CEO of the National Association of County and City Health Officials.

Across the U.S., those concerns have been compounded by increased public scrutiny of health officials and their work, as well as an erosion of trust in the institutions they represent.

Polling from the Robert Wood Johnson Foundation and the Harvard T.H. Chan School of Public Health found that 52% of Americans in early 2021 said they had “a great deal” or “quite a lot” of trust in recommendations from the Centers for Disease Control and Prevention, while only 37% said the same regarding the National Institutes of Health and the Food and Drug Administration. Only 44% of Americans said they had a lot of trust in their local health department, and 41% shared the same sentiment about their state health department.

Survey results published in February by the Pew Research Center found that the share of American adults who said they had “a great deal” of confidence in medical scientists to act in the best interests of the public fell from 43% in April 2020 to 29% in December 2021. Pew polling also found that only 52% of adults this past May believed public health officials like those at the CDC were doing an excellent or good job responding to COVID-19, down from 79% in March 2020.

“Trust in government was low before the pandemic, and now it’s even lower, so it’s going to take time and intentionality to build that trust back,” says Brian Castrucci, president and CEO of the de Beaumont Foundation, an advocacy and charitable organization committed to improving community health.

Some public health leaders believe “pandemic fatigue” has played a large role in the declining confidence in public health officials, which in turn has likely fostered less willingness to adhere to preventive measures aimed at stemming the spread of COVID-19.

While the nation’s seven-day average daily count of people who’d received a COVID-19 bivalent booster dose stood at a high of nearly 613,000 for the period ending Oct. 14, it was less than half that, at under 250,000, in late December. Nearly every week of late, the CDC is reporting well over 2,000 deaths in connection with COVID-19.

But experts also fear there’s more to the problem than just pandemic weariness, with a heightened politicization of public health – fueled by misinformation and disinformation – leading to heightened hostility toward health officials, a growing resistance to public health guidance, and the enactment of state policies that could hinder efforts to prepare for and respond to future disease threats.

“The operating environment for public health has gotten increasingly hostile,” says Dr. Georges Benjamin, executive director of the American Public Health Association. “I think fundamentally, public health has been used as a tool for people with political motives to use it as a punching bag.”

Yet Benjamin and others believe as well that the current environment should serve as a wake-up call for public health departments to rethink how they communicate with Americans. They say rebuilding people’s trust in the health information they receive requires strategies that focus on establishing and maintaining a consistent dialogue, while also acknowledging and addressing people’s health concerns.

“From a public health standpoint, I think that clear, transparent communication is going to be the cornerstone to regaining the trust of the American people,” says Dr. Sterling Ransone, board chair of the American Academy of Family Physicians. “We have to do this – it’s not a matter of if we should – it’s something we have to do.”

As health officials work to strengthen their messaging, they’re having to confront another worrying reality: A total of 185 laws limiting public health protections were enacted in U.S. states from January 2021 to late May 2022, according to a recent analysis by The Network for Public Health Law. Those include measures prohibiting mask or vaccination requirements, giving public health authority to legislative officials, and placing limits on governor-enacted emergency orders.

Vaccine backlash and hesitancy is also apparent outside of COVID-19: Results from a recent Kaiser Family Foundation survey found 71% of adults most closely aligned with the sentiment that healthy children should be required to be vaccinated against measles, mumps and rubella to attend public school, compared with 82% in 2019